On October 25-26, 15 ICIN delegates joined around 1000 industry members on Gadigal country (Sydney) for the 9th Australasian Emissions Reduction (AER) Summit. Supported by the Carbon Market Institute (CMI), the network had a significant presence for the first time, which opened the door for many important conversations about issues and opportunities impacting directly on Indigenous communities. Our booth featured a looped video presentation showing all member projects and primary contact details. 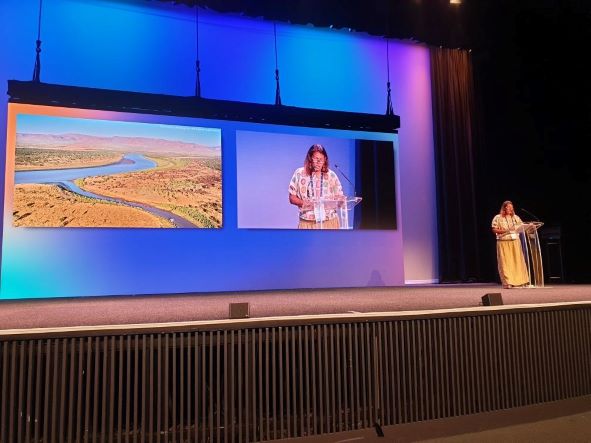 ICIN Co-Chair Cissy Gore-Birch gave a keynote address at the Opening Plenary, with a heartfelt plea for carbon industry members to act on the Summit themes of Urgency, Ambition, and Integrity. She called upon delegates to have integrity in their lives and work, “If there’s something I want you to take away, it’s to carry the integrity being talked about today through to your work in this space. Don’t just talk about it but act on it.”

“The Indigenous society is a deficit model that makes a lot of people rich in this country, let’s not make the same mistake in the carbon industry. We need to respect the investment our people are making in managing country, built on thousands of years of practice and observation," she said. 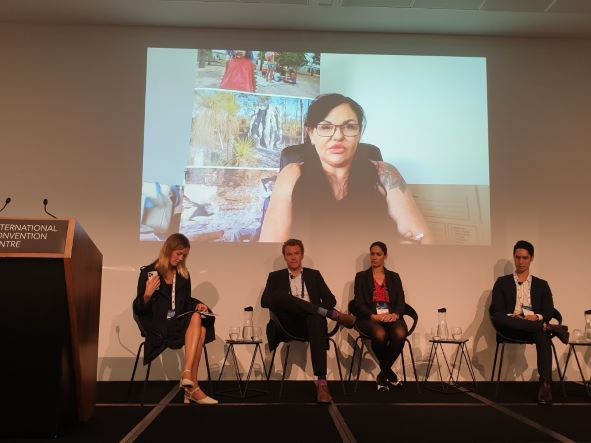 Later that morning, Olkola CEO, Debbie Symonds joined a panel discussion about Roles & Responsibilities in Carbon Project Development from Cairns, focusing on ‘empowerment through knowledge’. According to Debbie, like many groups, in the early days was Olkola focused on the operational side of their carbon project. However, once they had things on-ground under control, it was time to step up and take control of their sales and marketing.

“Now when we sell our ACCUs we know where they are going, and when we’re signing contracts, we know the fine details. Everything that is done under the Olkola banner is now managed by us,” Debbie said. 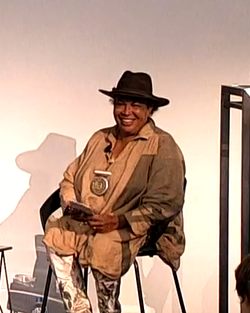 Suzanne spoke about the drivers behind Indigenous carbon projects.

"The one thing that we’re not about is turning it [country] into a commodity and make lots and lots of money out of it. It’s not about that. The wealth that we have to create is for the seven generations ahead of us. That’s what runs through my veins... that’s the responsibility we have.”

At the closing plenary, in a fitting end to the Summit, Suzanne led delegates in a traditional dance.

"What I like to do is teach you a dance, because that’s what we’re all about, we’re about teaching you how do we stomp our feet on this ancient land and feel a part of that and sing up the spirits and the ancestors. We want to show you that, we want to celebrate that," she said.

Our sincere thanks to Cissy, Debbie and Suzanne, ICIN CEO Anna Boustead, and member delegates for representing the network and the Indigenous carbon industry at this important national industry event.

Indigenous Carbon Industry Network was honoured to be awarded the Best Collaboration in Natural Resource Management Award at the Territory NRM Conference last night. Terrah Guymala of Warddeken Land Management and ICIN CEO Anna Boustead accepted the award on behalf of all the network’s 23 Indigenous...

In mid-October, Territory Natural Resource Management announced that the Indigenous Carbon Industry Network had been shortlisted as a finalist in...